It’s been a while since the last website update. Beats 1.x has hit an amazing 2 million users/downloads with an average of 9-10k users daily, so I figured I might post something. I’ve been busy with a lot of non-Beats related stuff (vacation to Japan, working at my new job, moving into a new place, playing MMORPGs, catching up on anime, etc.) so there hasn’t been much solid progress, but here’s what I have.

Simply put, Beats2 is the spiritual successor to Beats 1.x (aka “Beats, Advanced Rhythm Game”). Tentatively, it’s full name will be “Beats2, Multi-Style Rhythm Game“. The first goal of Beats2 is, like it’s name indicates, creating a rhythm game/simulator that supports multiple play styles/modes. This includes not only the DDR-style from Beats 1.x but multiple others derived from the many popular rhythm games that we all love (see below). Beats2 will not be a clone, however. Unlike StepMania, I plan on focusing more on fun, touch-focused rhythm gameplay rather than simulation accuracy (DDR is for the feet, not for the fingers!). The second goal of Beats2 is creating a multi-platform rhythm game. Beats 1.x was written for Android and ran only on Android. Beats2 will run on not only your phone, but also your tablet and your computer. If it has a touchscreen, it should run Beats2 ; ) In other words, Beats2 will be the free, open source rhythm game that will let you enjoy your favourite rhythm game style on whatever device you want ^_^

The following rhythm game styles will NOT be supported (unless enough people ask of course):

The only simfile format that will be supported initially will be the StepMania .sm/.ssc formats. This is purely because there are already many, many simfiles out there in this format. Beats2 will mainly use it’s own .ini-based format similar to osu!’s (i.e. time=note-type) designed to be flexible and compatible across the multiple styles. I may add a few format converters depending on demand, but I don’t plan on commiting to anything more than .sm/.ssc (maybe .dwi, but we’ll see).

The following platforms will be supported:

The following are highlighted features for Beats2

The following are potential future features for Beats2

In terms of game design, I have the game design roughly spec’d out and will be following that. Haven’t settled on the theme/graphics or default songs, but that will come much later (and will require some help from the community). Meiro~D will be the game’s mascot, though her character design isn’t finalized either xD 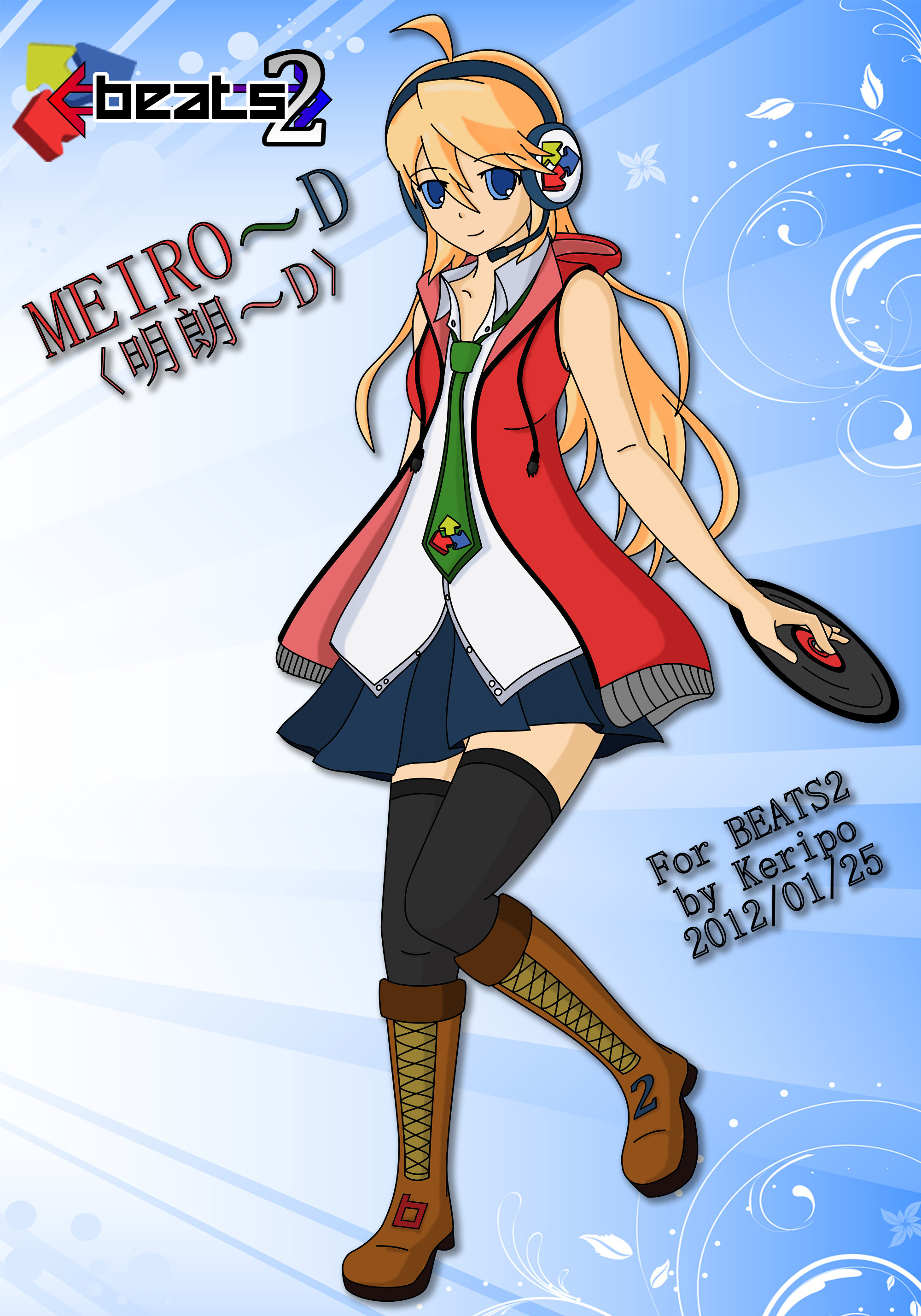 Well this isn’t really a proper demo, but I might as well post something that you can try your hand at. I literally just threw together some graphics, generated a simple simfile with Ariea Creation’s “Love Is Energy (Instrumental)”, plugged in some C# code that I was already working on, and compiled for Android and Windows. 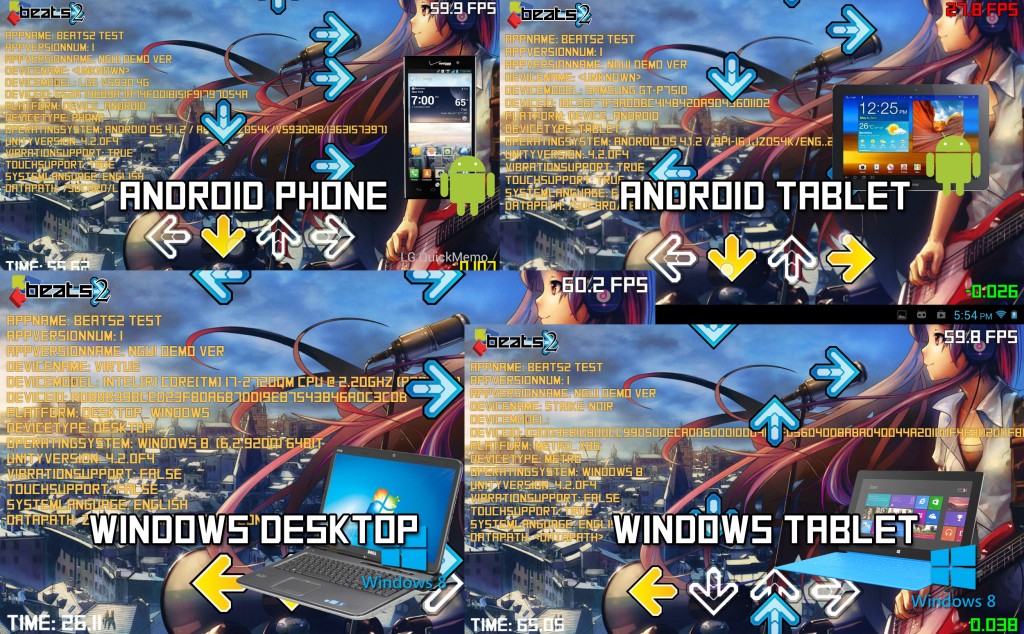 The result is what you see above and in the video at the top of this post – Beats2 Test Demo, running on my LG Spectrum 2 (Android phone), Galaxy Tab 10.1 (Android tablet), Surface Pro (Windows 8 tablet), and Dell XPS L702x (Windows 8 laptop). Here are the download links if you want to try it out:

The Windows Standalone does not support touch (Unity 4 limitation), but you can use SD-KL split or the arrow keys. For the Windows Store builds, right click the .ps1 file and select “Run with Powershell” (note: you MUST have a developer license to install/sideload apps this way). The Android build is just a standard unsigned .apk file. The source code, for the curious, can be found in the beats2n branch: http://code.google.com/p/beats2/source/detail?r=33

Enjoy and look forward to more Beats2 updates in the future!